Home » God Speaks to us through his Art in Nature

I realized the intensity of “revenge tourism” when my children asked me to take them to any place we could. They just wanted to go out to a place where they could breathe, feel a change, play and chill. Since hill stations near Delhi NCR appeared jampacked and monsoon had also arrived we chose to divert ourselves from these hotspots.

With Monsoon already in,  every place in the plains appeared heaven to us, the pluviophiles. So we selected Vrindavan and booked Anandam Clarks Inn Suites. Everyone was happy, the moment we boarded the car after lunch, on Saturday, the 17th July . As we crossed Greater Noida, the showers along with the music induced a state of euphoria. Even my younger one, who is a homebody was enjoying it.

The drive from Noida to Mathura was about two and a half hour and by 5 pm we reached our hotel in Vrindavan. All thanks to Yamuna Express Way which made our journey fast and enjoyable.

But as we deboarded the car, the building gave us a grim impression.  Yet, I told myself and my family that probably due to lockdown they had not been able to maintain the property. But no! The services were taking hours and the brand thus appeared overpriced. Thankfully, we had booked for just one night. My husband’s sixth sense worked. 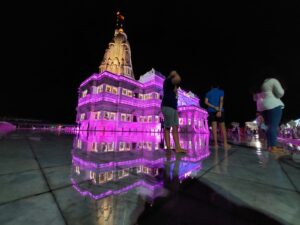 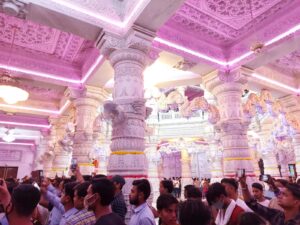 We asked them to clean and sanitize the rooms and left for our darshan to Prem Mandir. Prem Mandir is known for its colourful lighting after dusk. And lo! the beauty of the temple indeed held us spellbound.  But the crowd had thronged the temple and in this post covid-19 second wave, we had not expected it.  Our e-rickshaw guy told us that Mathura and Vrindavan always experience such a congestion around Guru Purnima and the next day being Sunday, more crowd was expected.

I and my husband got upset. This was not a retreat we had expected leave aside the spiritual aspirations.  That too in the Covid era. We came back to our suite, thankfully the food was good and we received clean upholstery after repeated reminders. We thought of changing the hotel, the very next day and went to the city. We also went to Iskon, which gave us a concerning picture again. Moreover the city appeared to be deprived of greenery.

Now we had reasons to flee. Although I wanted to visit Banke Bihariji Temple but did not dare to. We decided to hop on to Bharatpur, which was just an hour’s drive from Vrindavan, the very same day. Bharatpur, we knew was famous for Birds Sanctuary and we had been to this place earlier as well. We just hoped for a silent escape this time but the moment we reached the highway, four major hotels in a row had been booked, almost fully, for destination weddings. 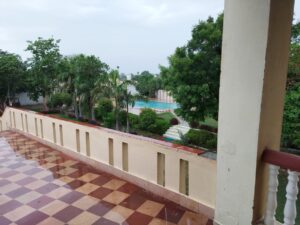 Surprised, we went to Kadamb Kunj right across the road and here we were in a silent, simple, clean and green hotel though the structure needed some renovation. The drizzling started as we were taken to check the rooms . The foliage and the petrichor urged us to book the rooms right away. The sheets were being changed, the washroom was being sanitized and that satisfied me.

We enjoyed ourselves in the resort that evening. The food was good and as per my taste, not very spicy, just perfect. The next day was Monday and we woke up to heavy downpour. The breakfast in the restaurant with green views through the glass made us feel ecstatic. 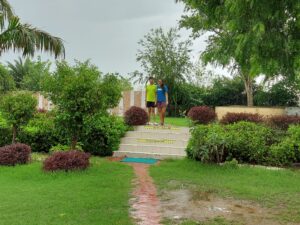 We knew our last day of this holiday was going to be amazing. By noon the heavy downpour had given its way to drizzling and we sat in the car for a visit to the sanctuary. This sanctuary has shown different colours and beauty in different seasons to me. Our trained English speaking rickshawala guide told us that not many migratory birds would be visible in July but we will not be disheartened.

Due to incessant rains and the first day of the week,  we didn’t find tourists; just two-three families and some research scholars. What more could we have asked for?

The moment we entered the sanctuary we were welcomed by peacocks and peahens. Although we didn’t see a dancing peacock since drizzling had just stopped many were drying up their beautiful wings opening them fully. It was an amazing site to witness. 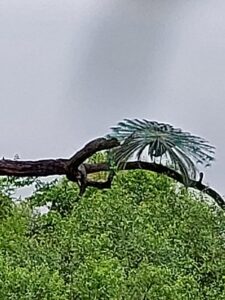 The trees were dancing and brimming with fresh green leaves, wet and still dripping. The rickshaw man then took us to show 200 to 300 years-old turtles. He threw the balls of wheat flour and the turtles came out of the muddy pond. Again a site to witness! There were monkeys too in all sizes but since they were well fed, they did not jump to snatch anything. 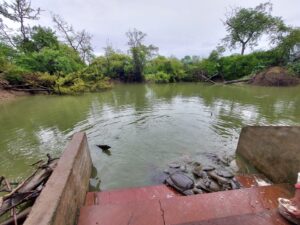 We plucked some jamuns too. Though they were not sweet but the moment was certainly filled of joy. As we moved further the pure fresh oxygen, the greenery, the wetland, the curved and the intertwined trees, the colourful peacocks, the coos of cookoo, the hornbills, the parrots,  the laughing doves, the gazing owls, the peeping nilgai, the painted storks from Srilanka,  the tiny weaver birds and their story of love (that its male makes five to six nests for its female) and the beautiful weather,  everything, almost every small thing just made our day. 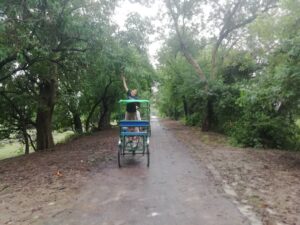 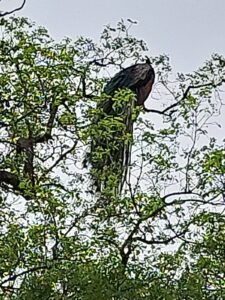 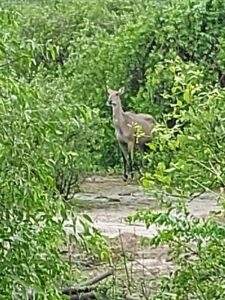 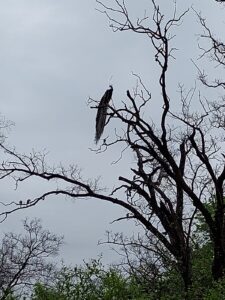 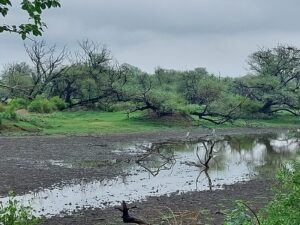 Bharatpur turned out to be just a perfect and beautiful escape after months of lockdown and maddening weeks days. It was as if God was trying to make me feel good through his art, the nature, the Keoladeo National Park. After all, Bharatpur is also a part of Brijbhoomi (the land of Krishna).

I was a Banker by profession and a certified Lecturer but motherhood changed life and I turned towards my passion of writing, yoga, and traveling. I strongly believe in the "Law of Attraction and power of positive thoughts" and my book "From Caterpillar to Butterfly" reflects the same philosophy through its real-life inspiring stories and experiences.