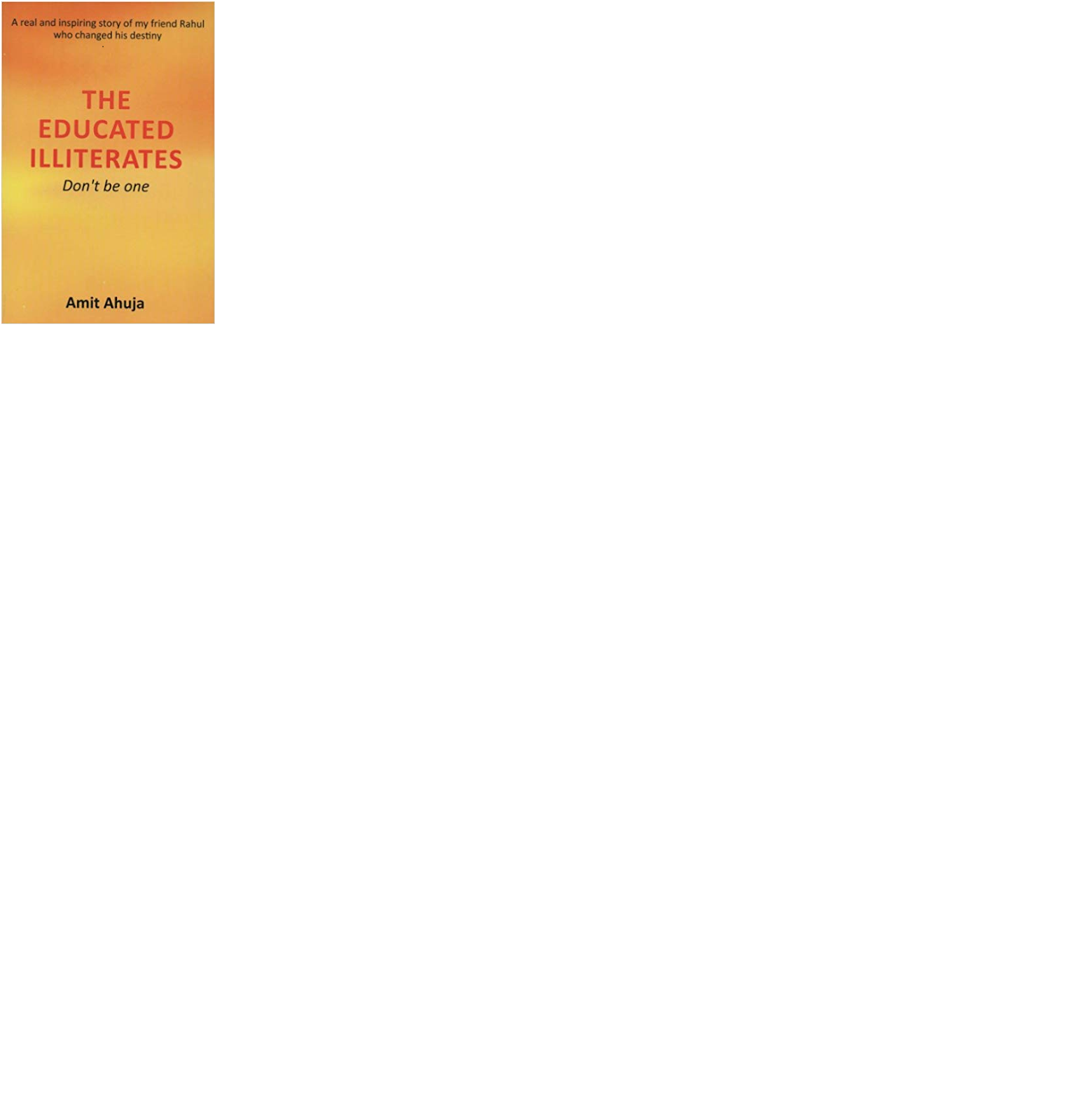 A non-fiction, this book is an inspiring journey of a man living with all sorts of fear in a chaotic Indian corporate world but an accident changes his attitude and life altogether. A memoir written in third person, the protagonist is actually writer’s own friend.
“……..That rascal had forced me to sit late. I was not having a ball somewhere. …………Everyone else is also doing the same in office. Today also, I was the first one to get out of the office in the evening. Even the ladies were sitting late.”
Does it sound somewhat familiar? Many of us are living like this, surrounded by our own unknown fears and guilt. I was one such person when I was in a white collar job and so could easily co-relate.
The title is very well thought of and perfect.
Well dressed people in those, much sought after corporate jobs, many times work like those illiterate laborers just to make a living; though definition of living might be different for the two. Both are unaware of their true nature, purpose of living, goals and passion.
The protagonist here was born with a passion for cricket but because of his parents he chose a popular course in the hope of a better and comfortable life but unfortunately he gets lost in the corporate world and creates a mess out of his life.
Since I am a big fan of Paulo Coelho, this story resembled Paulo Coelho’s except for the location, preacher and timings. Being a true story it strengthens Paulo Coelho words.
“ When you want something, all the universe conspires in helping you to achieve it.”
“There is only one thing that makes a dream impossible to achieve: the fear of failure.”
Just as in “The Alchemist” a few people share their wisdom with the protagonists, here too Rahul, the central character is guided by his grandmother, who gives him Shrimad Bhagwad Gita, when he meets an accident and is hospitalized.
The author has used simple English language with Hindi words in between giving it a touch of Urban India and the book should be read by everyone. It is especially good for all those aimless confused young people, who never listen to their inner voice and follow the mob. The language is clear and convincing. In fact, author should have used foot notes because I think that the book has a global appeal especially when people all over the world have started reading Sanskrit and Srimad Bhagwad Gita.
I loved the conclusion or rather destiny of our protagonist. In fact it would have created much more impact, had the author revealed the full title of his friend along with that one thing which made him really famous.
Sharing an excerpt I really liked: “…….It is amazing and at the same time appalling that how the fear of uncertain future grips the people who are so much educated that even after realizing that they are living a dreadful life they are not ready to venture out of their so called comfort zone and realize the potential of their soul and walk on the right path….”
The author has beautifully narrated the story of the protagonist, how his disorganized professional life   ripples his family life and how he gains confidence later, after reading Shrimad Bhagwat Gita. I admire the way he finds out the work according to his nature and follows his dream with a strong determination.
This is one contemporary book, which highlights the relevance of Srimad Bhagwat Gita in present times and the fact that it is a true story, I hope it kicks the reader more.

Passion- Do You Have One? Five People – Who Must Have a Passion